Tronsmart T6 Plus Review: Can a Cheap 2019 Portable Speaker Beat the JBL Flip 3

Tronsmart T6 Plus Review: Can a Cheap 2019 Portable Speaker Beat the JBL Flip 3

The competition between reputable portable speakers is increasing day by day, but still, the strongest contender is JBL Flip 3. It is an affordable and remarkable speaker with many distinctive features. Many speakers have tried to compete but failed drastically, but Tronsmart T6 Plus seems to be a worthy competitor.

The specs of the T6 Plus speak for themselves.

So, let’s find out if T6 Plus can compete against JBL Flip 3.

In a hurry, read this short overview stating the pros and cons of Tronsmart T6 Plus. 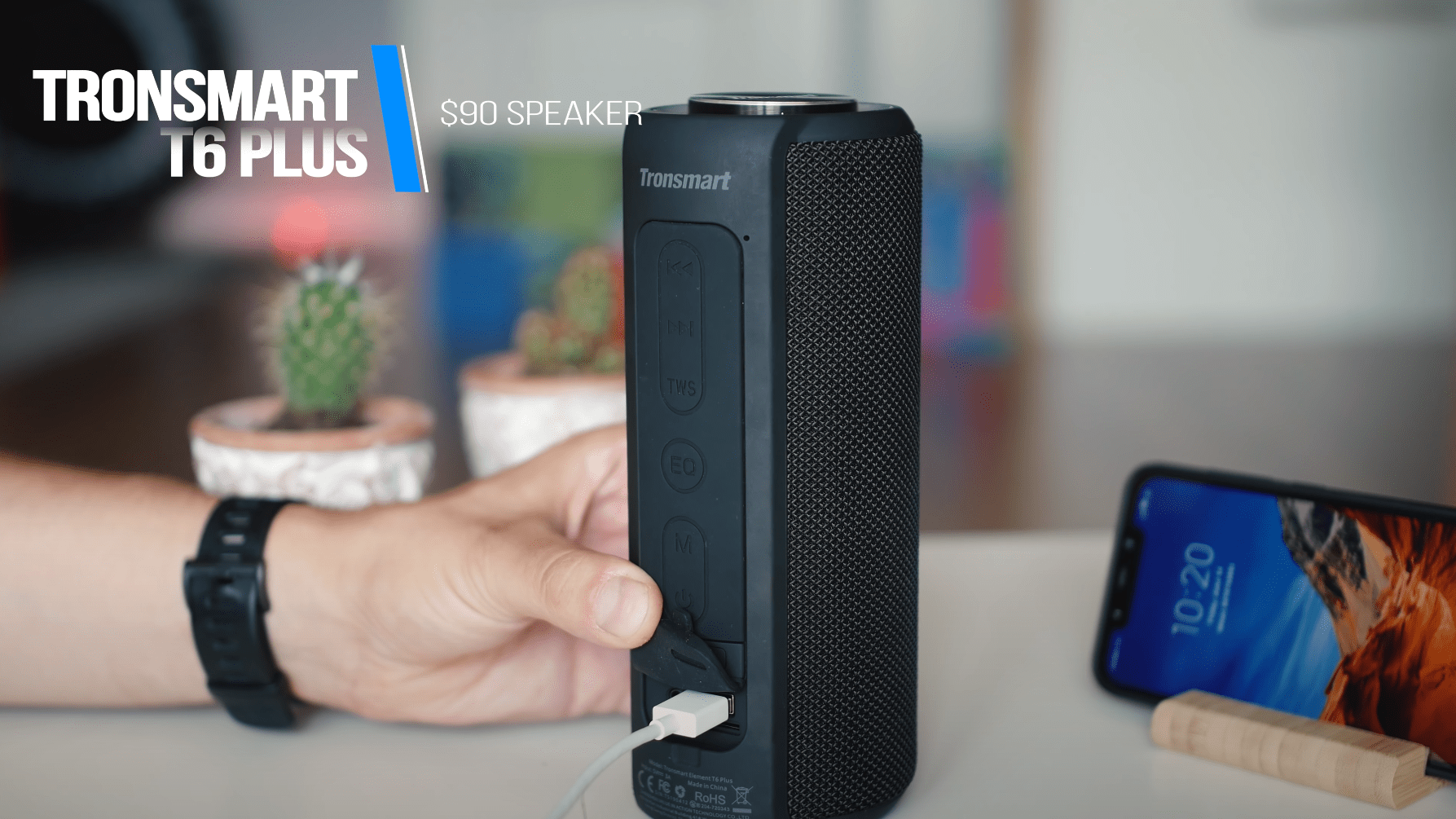 T6 Plus has an incredibly affordable price of just 80$, which can be reduced to 50$ from the links below. The cheap portable speaker is quite a bang for this money.

The unboxing experience is excellent; it has premium packaging, the box was damaged on arrival, but the solid interior cushioning kept the speaker safe. 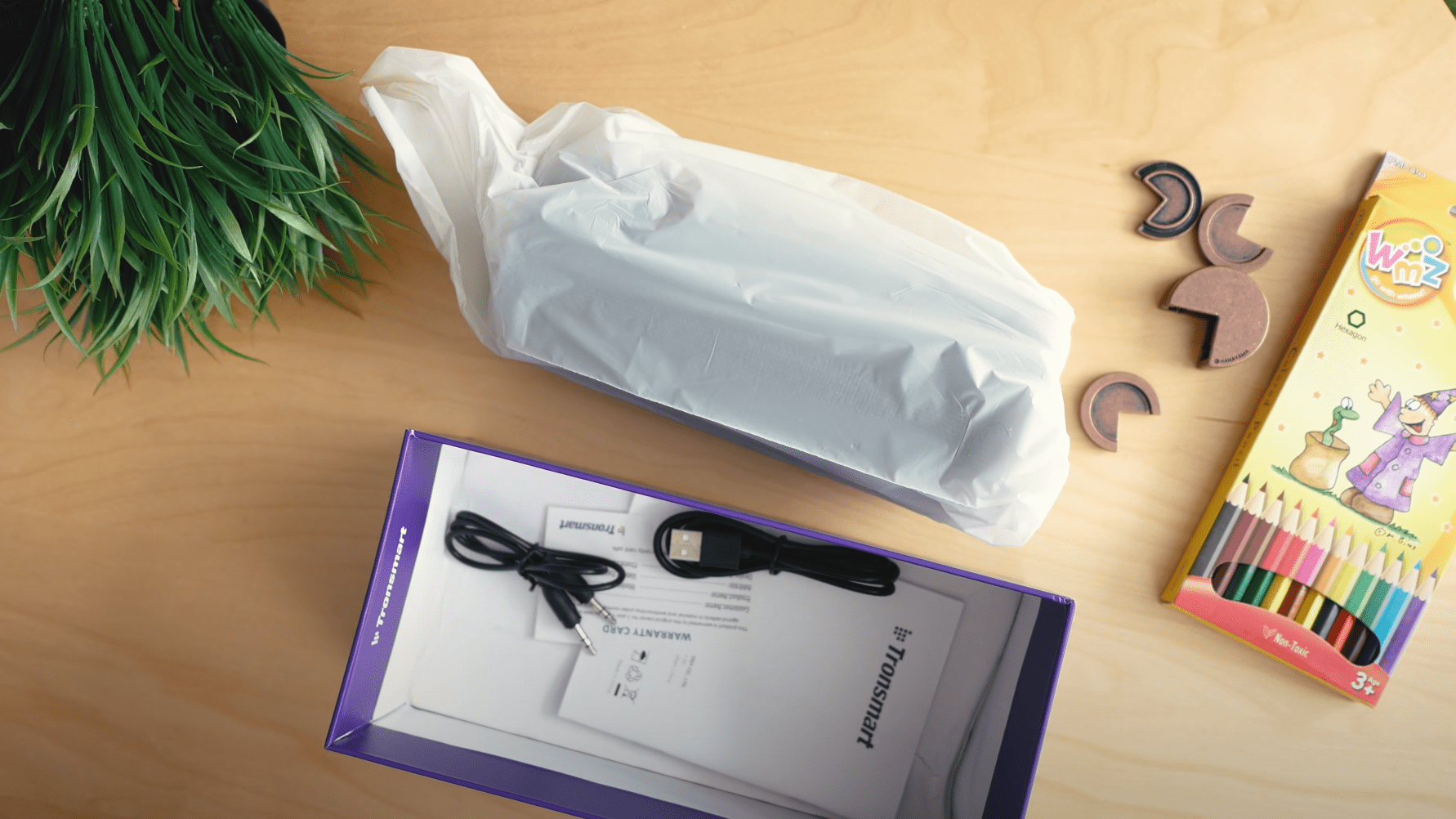 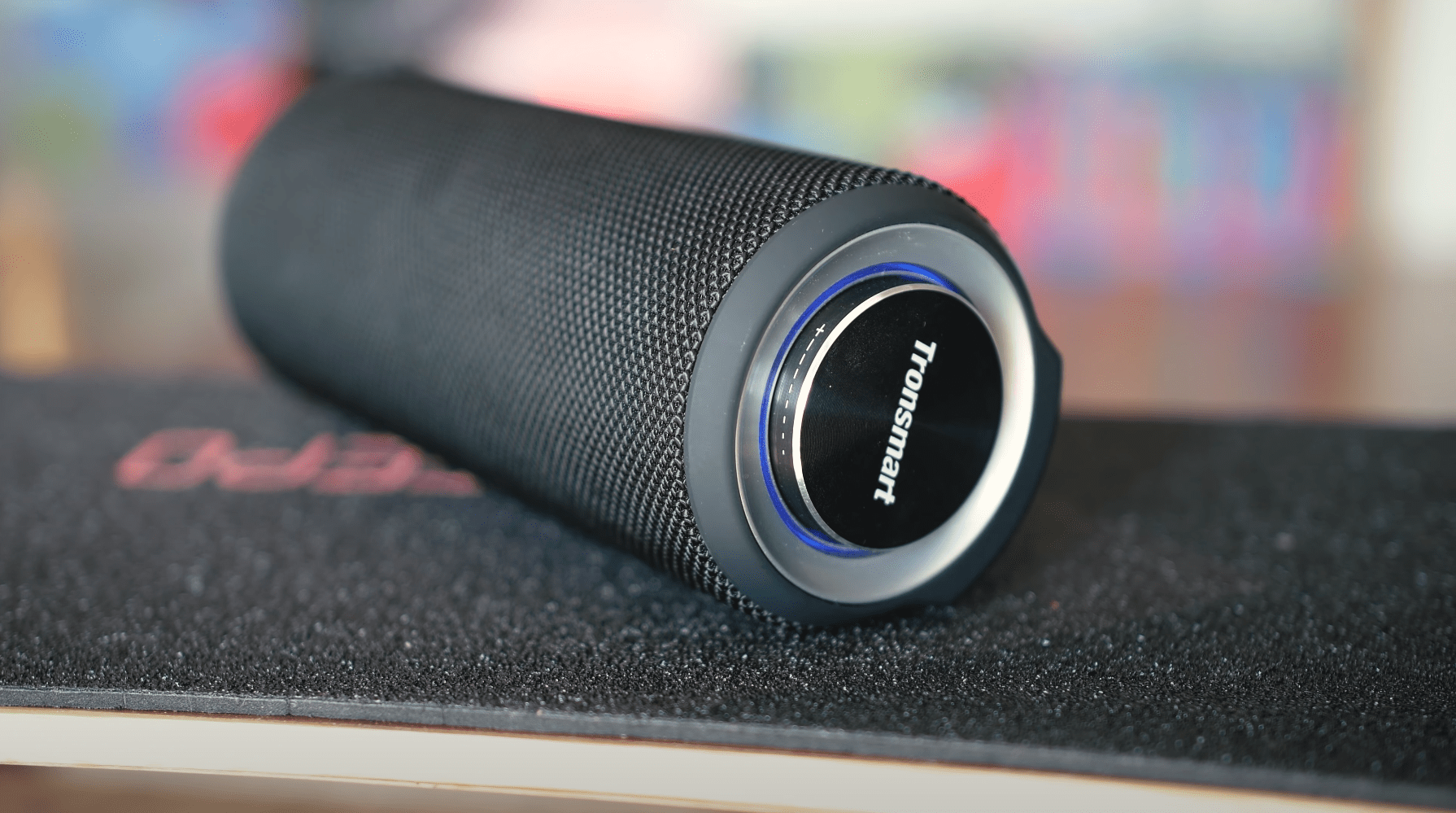 The visually appealing T6 plus has a beautiful design. It has two front-facing speakers with controls and ports on the back of the speaker. One side has JBL Flip 3 like vibrating drum, and on the other side, we have the volume rocker.

The design also features waterproofness; it can stand big splashes, spills and sweats as it is IPX6 waterproof.

T6 Plus has a robust Aluminum and ABS construction. It appears to be solid and reliable; moreover, the waterproof feature also adds up to the total life of the speaker. 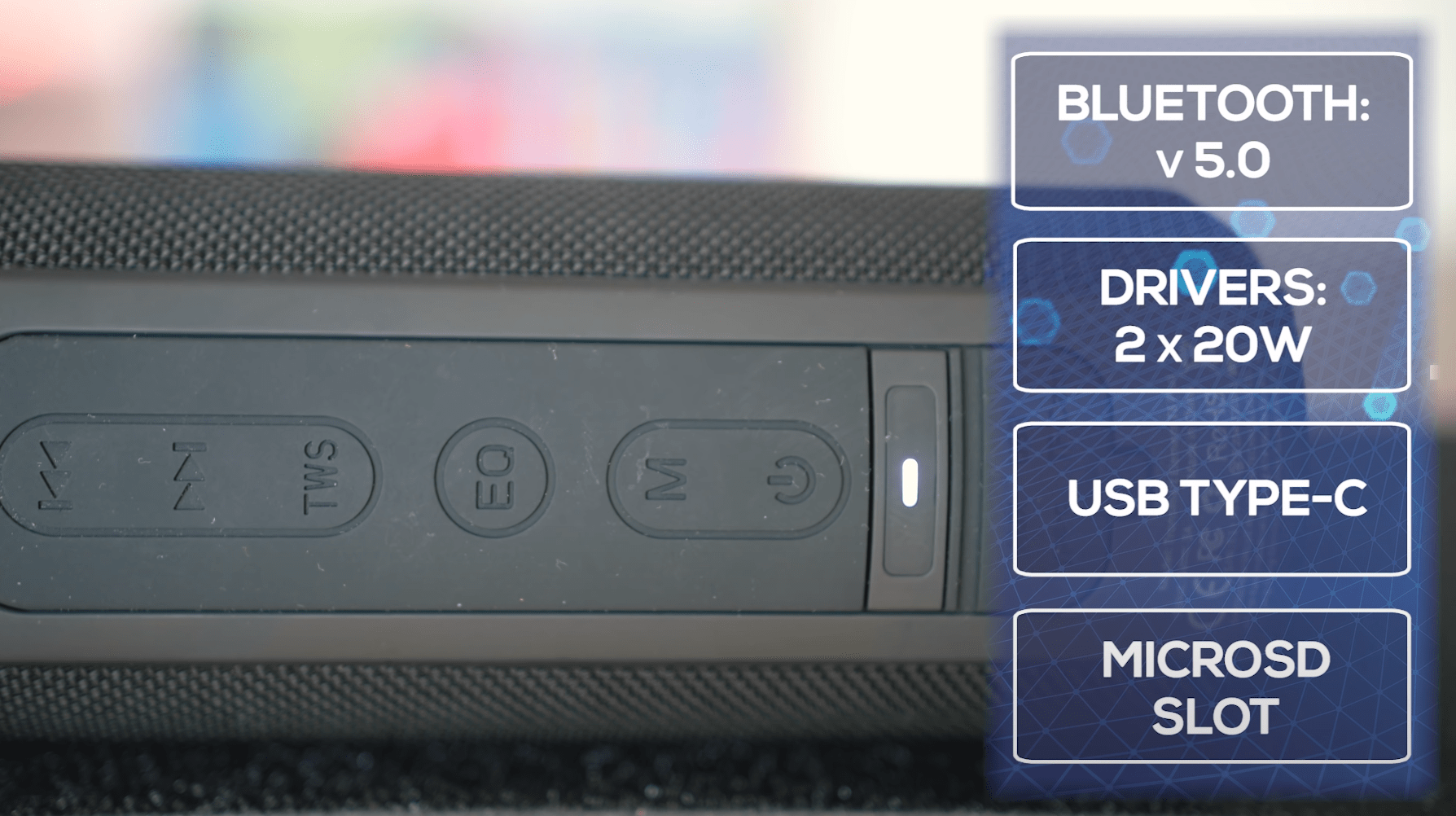 T6 Plus is hiding some extra functions that we will disclose in this heading.

Firstly, it has a function called TWS, which allows us to pair two speakers simultaneously to create a true 3D sound. The equalizer has two bass presets and one vocal preset called 3D deep bass, extra bass and vocal respectively. 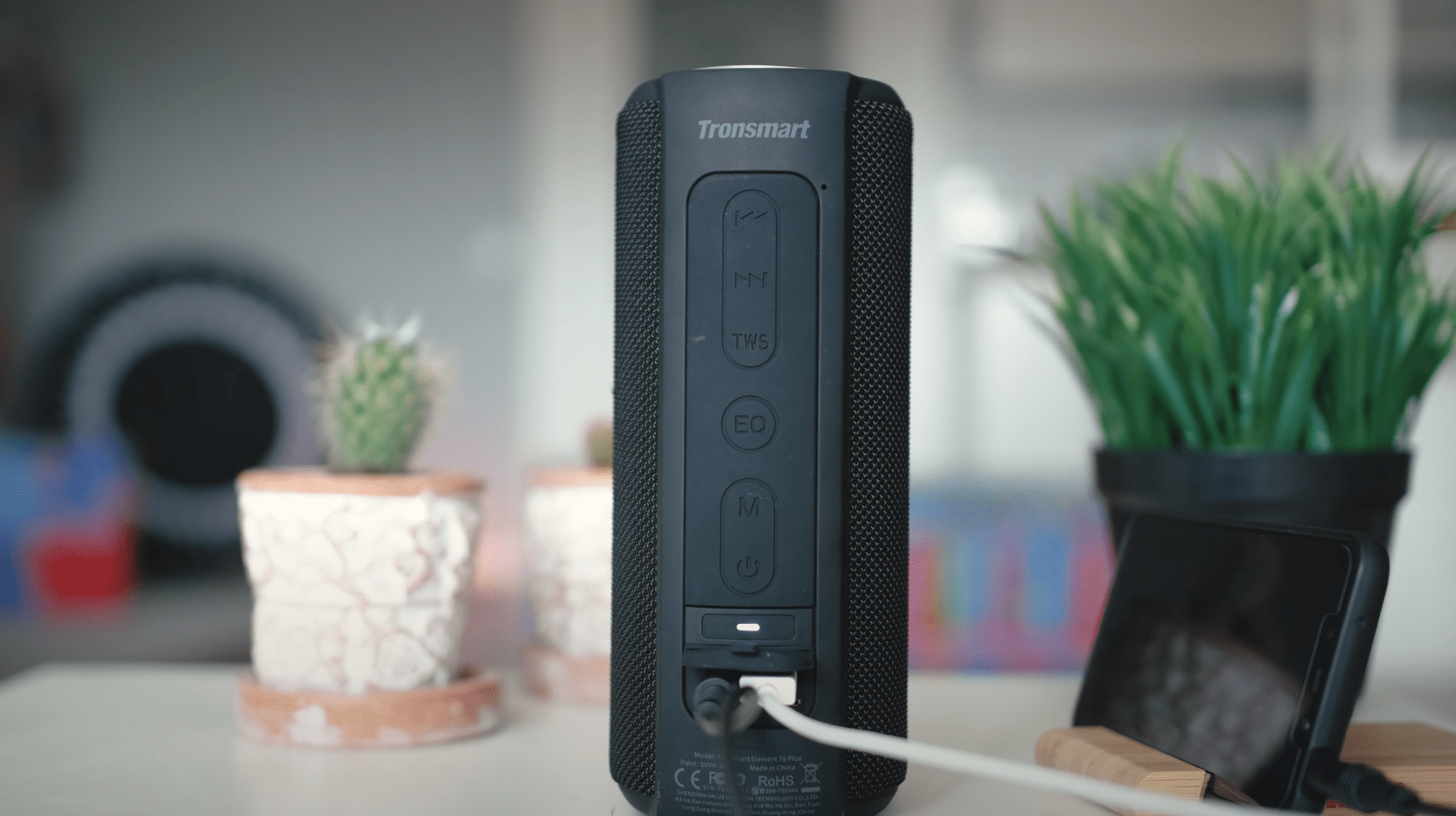 It looks like Tronsmart is inspired by the button’s placement of JBL Flip 3 because it has similar buttons configurations. We have six buttons and the ports area with a waterproof lid. Up top, we have a forward and backward button along with a TWS button right below them.

Then in the next section, we have an equalizer button to toggle through presets. The next section has two buttons, a Microphone and power button. That is how we can easily control the T6 Plus.

Under the buttons, we have the ports, including USB Type-A and Type-C ports, AUX, and a microSD card, which can support up to 32 GB. All these ports are covered with a waterproof lid to ensure waterproofness.

We will compare the sound quality with JBL Flip 3 on the basis of these three elements: bass, frequency, and range. 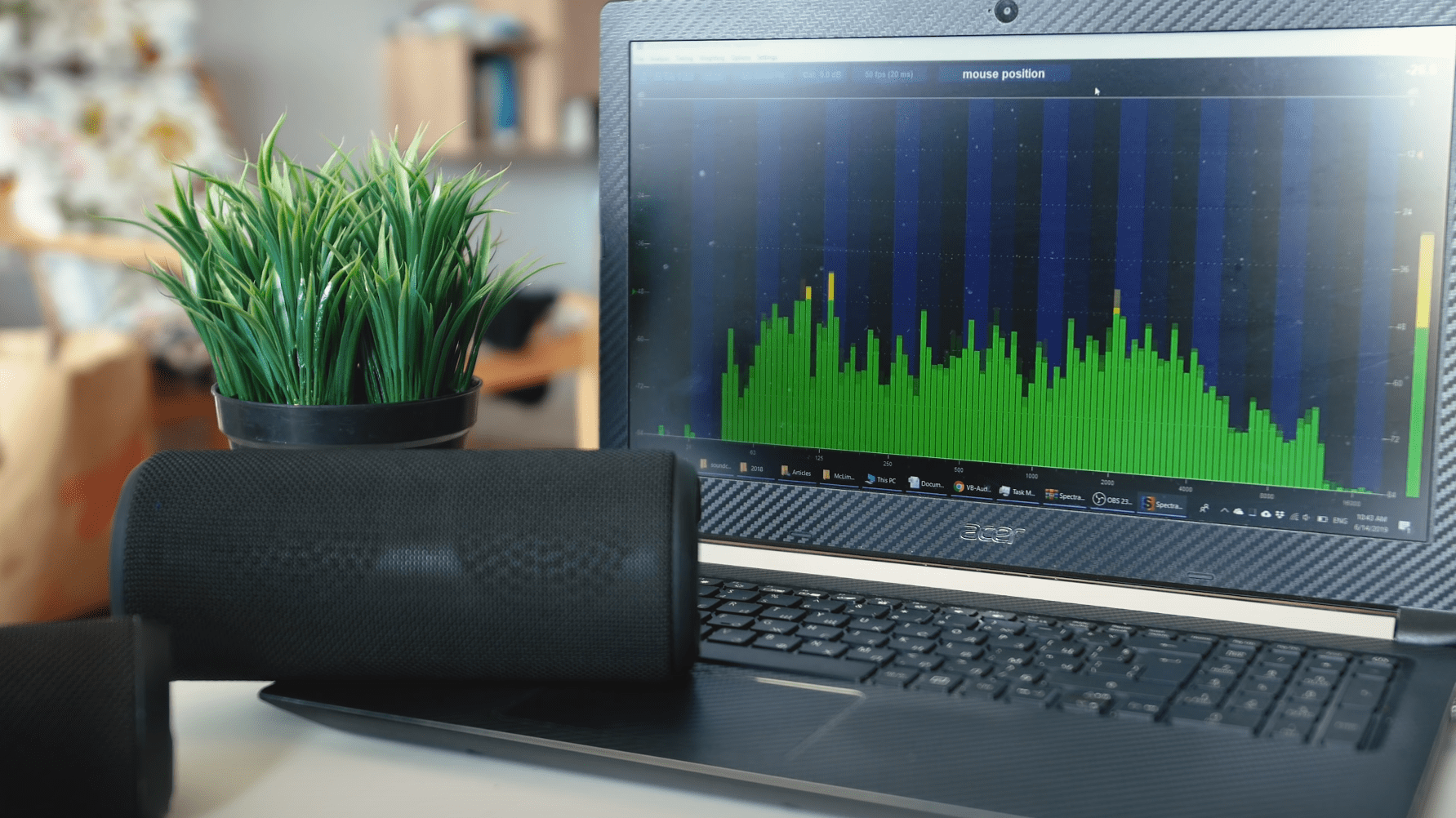 To a naked ear, JBL Flip 3 seems to be a winner in frequency and bass; we decided to test it with a real-time spectrum analyzer. The results were quite promising from both speakers, but Tronsmart T6 Plus struggles to deliver great results at high frequency, but Flip 3 shows exceptional performance. So, we have a clear winner proved by both science and human. 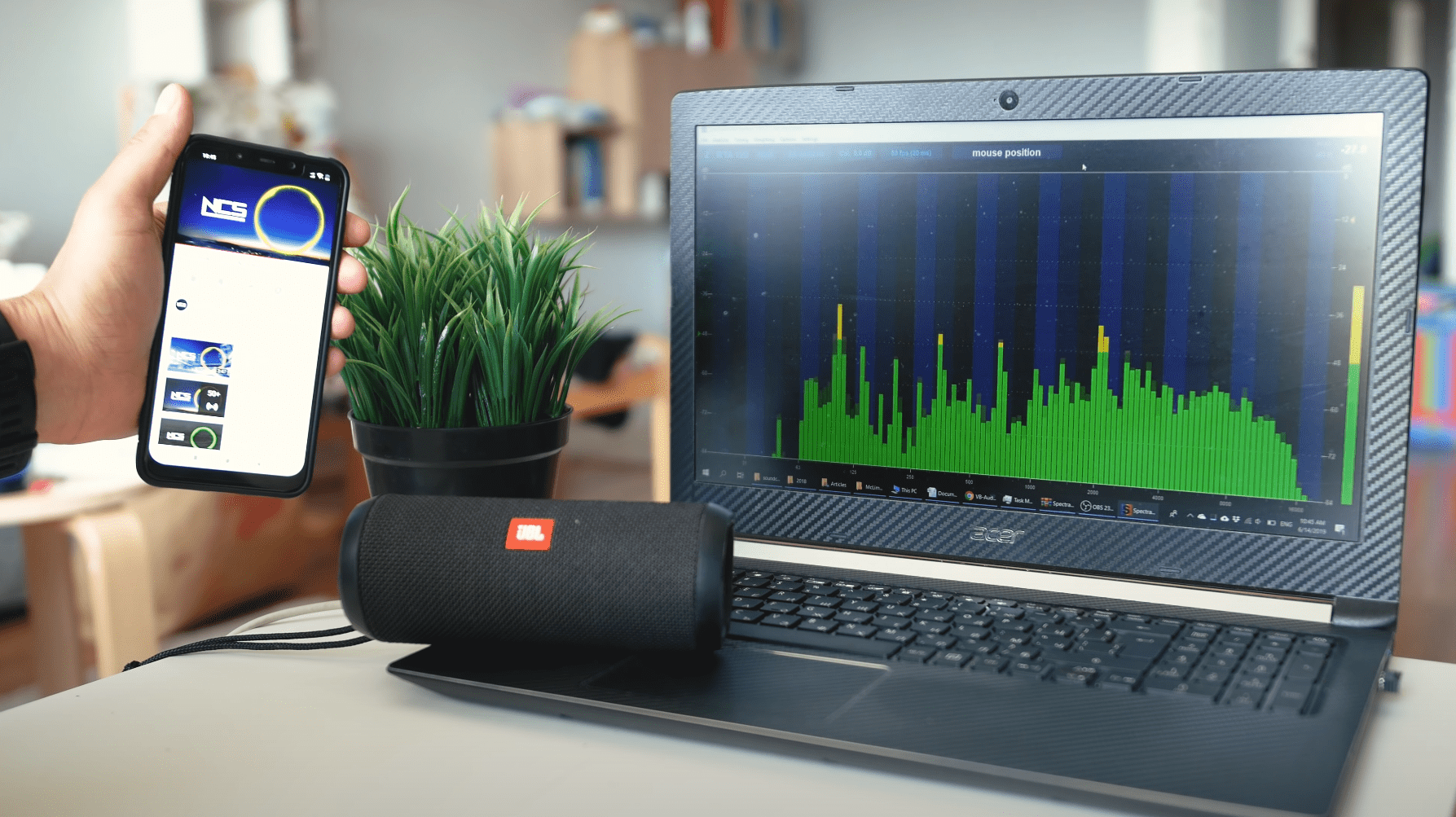 The last one is range; we tested the range in an open area and checked both speakers with full volume from 10 meters. T6 Plus wins this round by a good margin as the sound was way louder than JBL Flip 3.

It has a chunky 6600mAh battery divided into two 3300mAh li-ion batteries. The big batteries have incredible battery life. The playtime is 15 hours on a medium volume while the talk time is 20 hours, which is pretty good for an 80$ portable speaker. Total power delivery to each speaker is about 20W.

Charging time is also huge it takes 3 to 5 hours to charge up through a 5V power supply. Other than this gigantic charging time, everything’s good about the battery.

We cannot complain much about a cheap portable speaker when it provides a 20m Bluetooth range, excellent battery life, unique features, waterproofness, satisfactory sound quality, and various ports. But the speaker needs some improvements, so we will keep the review honest and here are some downsides of T6 Plus.

Here are the closing remarks

Both JBL Flip 3 and Tronsmart T6 Plus are great performers and party lifters, but Flip 3 wins the contest with a slight margin. But still, T6 Plus is an affordable speaker with excellent battery life, unique features, waterproofness, satisfactory sound quality and a variety of ports. Moreover, the sound is well-balanced and loud.

If you are hunting for a cheap and very loud unit, then it is a perfect contender.

You can learn about more exciting tech products here 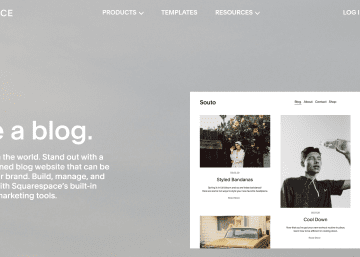 In a century where we as consumers are used to have everything at the tip... 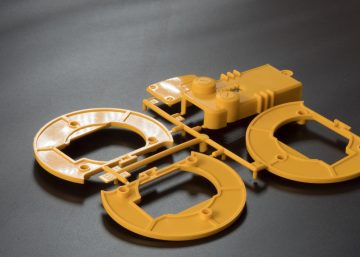 Technology revolutionizes the way we create products. When you have an idea for a project,... 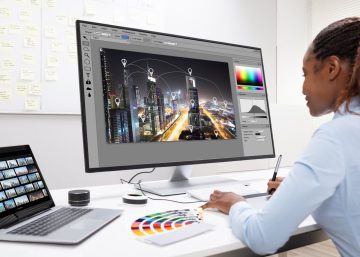 The 21st century has ushered in a dramatic increase in technology and gadgets. With smart...