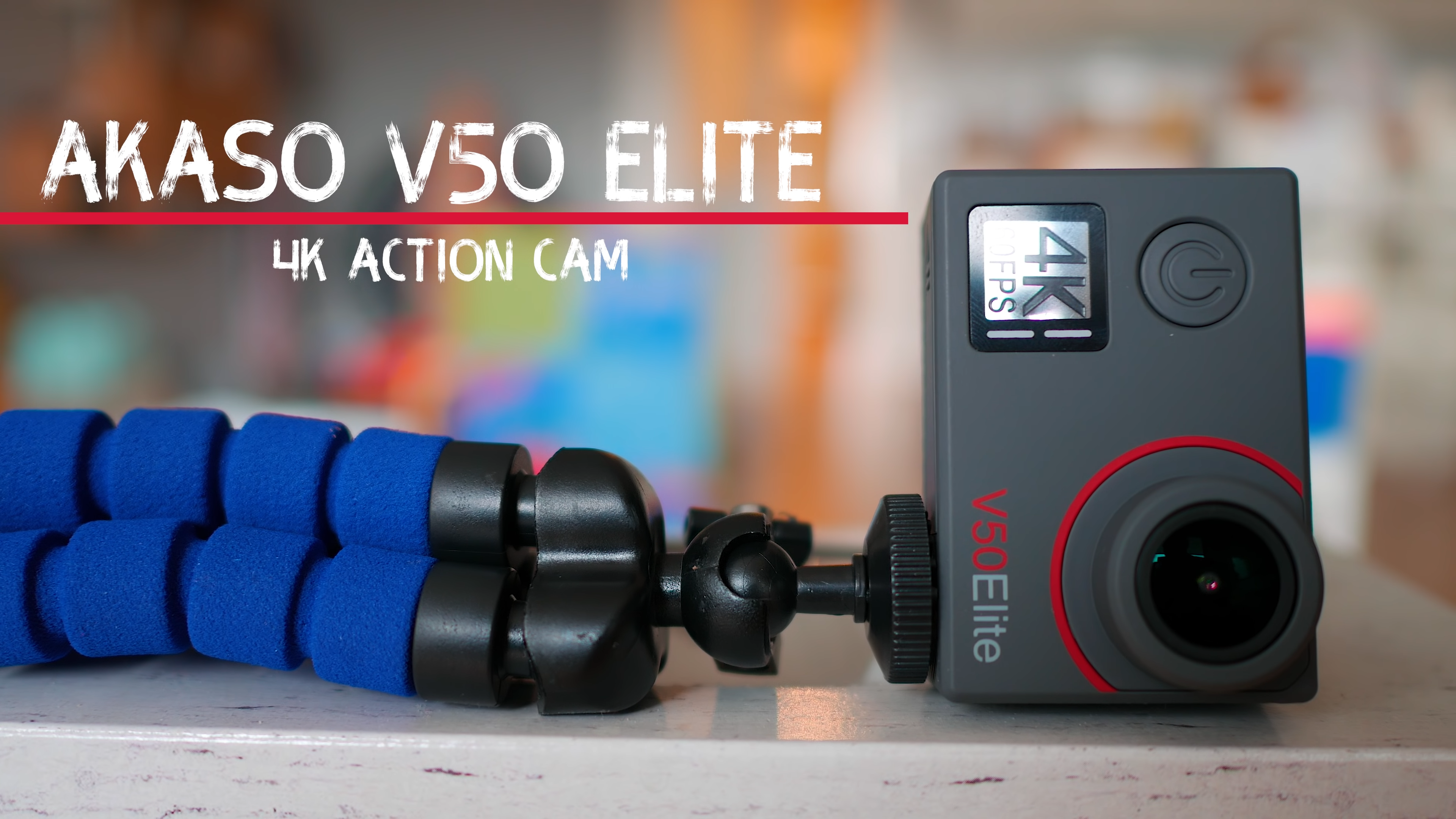 Shooting 4K at 60 frames per second with an action camera is now possible at the price of 140 dollars. The popular v50 series has a new member! The elite!

We are noticing that the development of action cameras is advancing a lot in the past months, and the result is – better than ever quality at more and more attractive prices.

The most massive updates we can see on the chipset side – this is where the higher frame rates and better stabilization may come from.

The v50 elite is an upgrade to the pro with precisely that – more fps, some better features, keeping the well-known good quality and possibly adding a new member to your shortlist if you are on the hunt for a new action camera.

I am a fan of Akaso’s branding ever since they’ve shown the first v50. The series has become famous for being affordable, and despite budget-friendly, they offer outstanding image quality and a lot – really – a lot of accessories.

If the latest action cameras are too risky or too pricey of an investment for you at the moment, Akaso V50 elite, a tiny camera may be what you’ve been hunting for.

Look and Feel/Unboxing/ BUILD AND HANDLING

The new V50 elite box includes a tiny tripod, two batteries with a dual charger, and a convenient bracelet to serve the voice commands and act as a remote controller.

The camera is packed in a waterproof case that allows you to dive by 40 meters with easy to use mechanism and feels of good quality.

The overall design of the elite is as solid as the PRO model. The plastic body of the device, with rubberized coating, gives a better grip and feel. 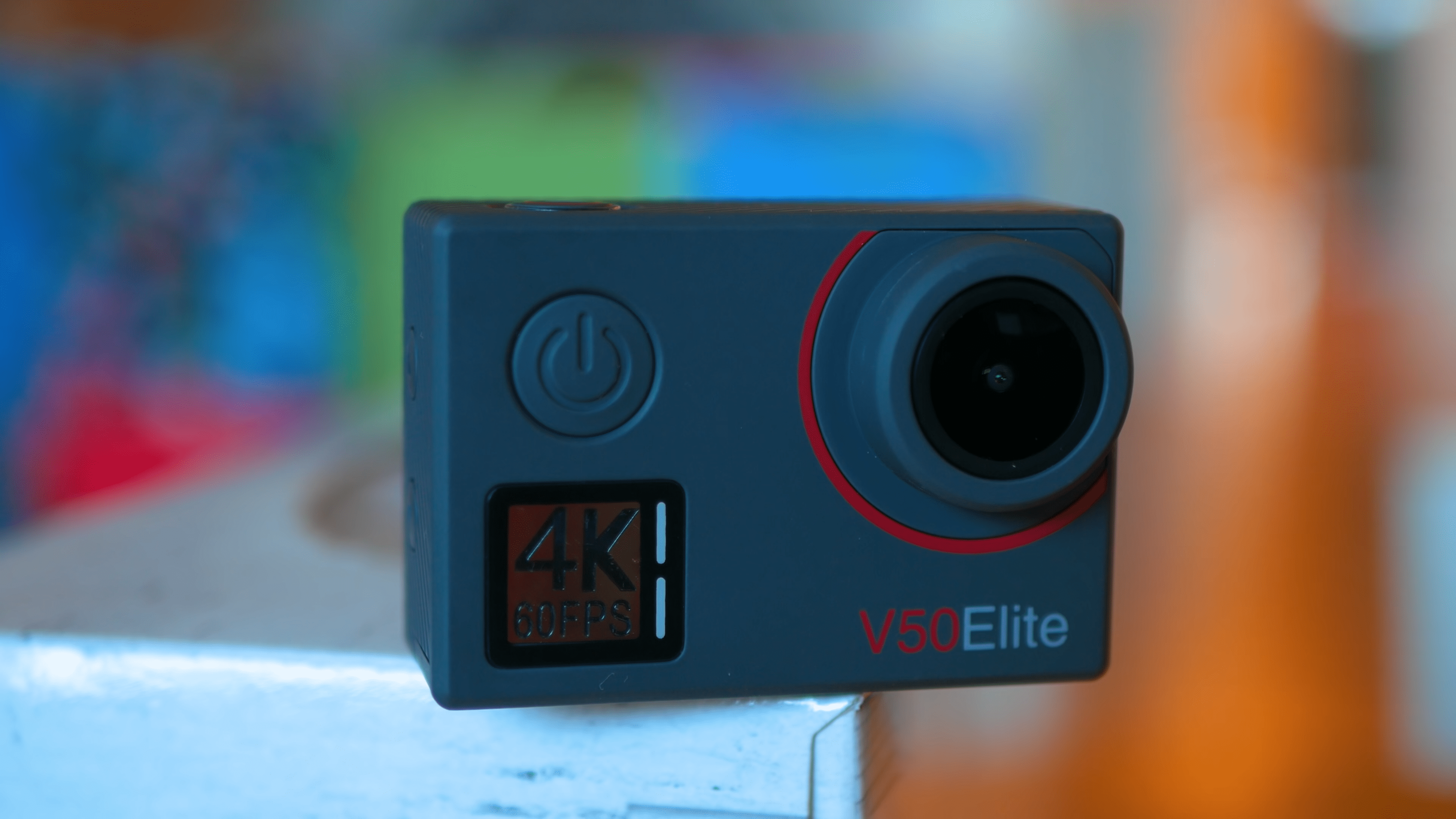 The elite is one of the first cameras that do arrive with a screen protector, which is factory applied – you only need to peel off the top layer—an appreciable upgrade to save the screen from scratches. 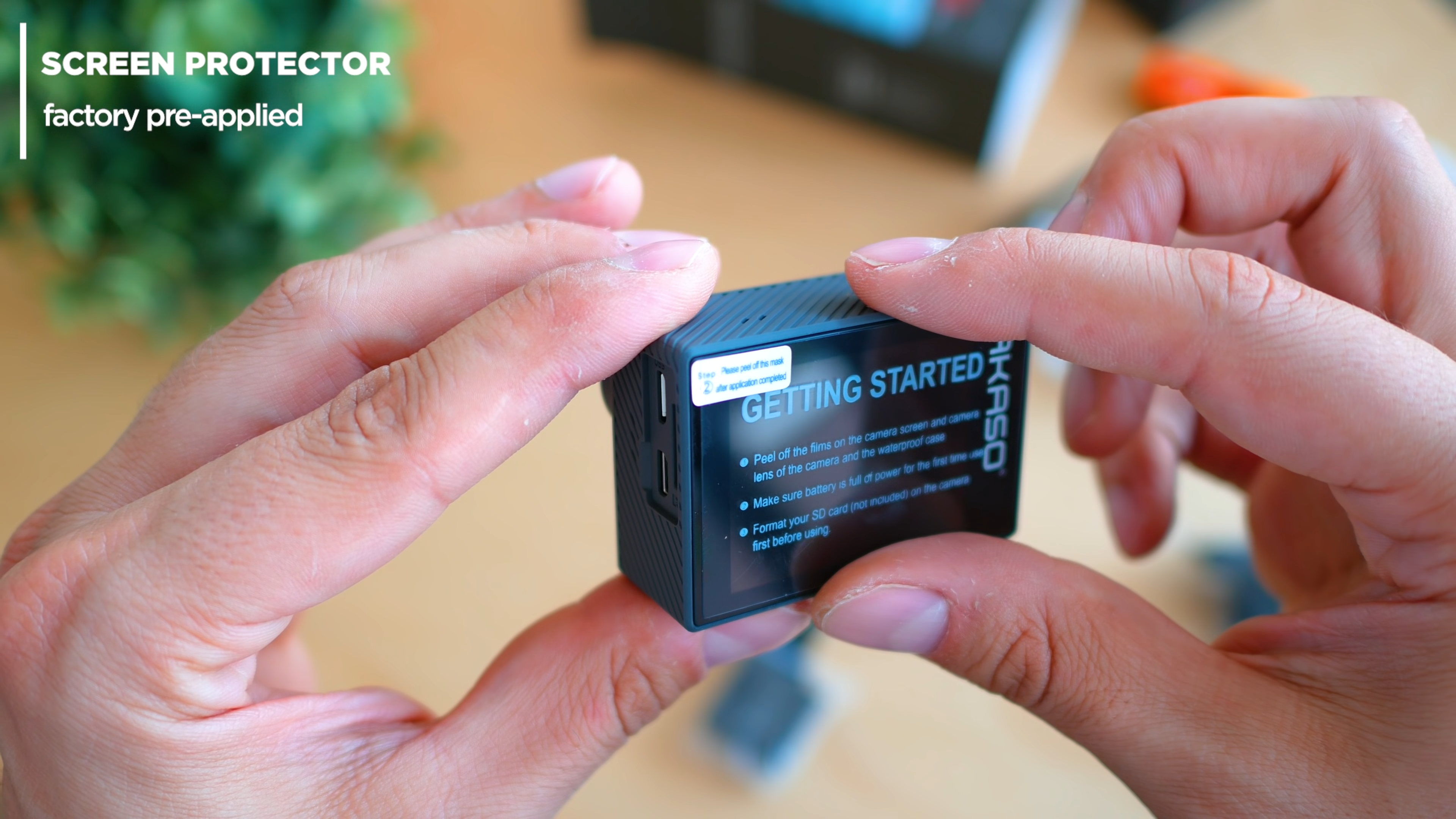 Considering the design, On the front, there is the power/mode button.

Short press cycles through the shooting modes and settings; the long press is needed for powering off and on.

There are up and down buttons on the sides, and the shutter on the top, which can also activate the Wi-Fi if you press it for more than a second.

The upgraded features and the addition of 4K at 60 fps are reasonable justification against the elite’s price bump. Only a few action cameras can record 4K videos at 60 frames per second, and the Akaso V50 elite is one of them.

Elite costs are twice less than the SJCAM Sj8 Pro and three times less than the hero 7. You can buy the elite and a good gimbal, and you will still have 100USD to spend instead of investing in a go Pro. 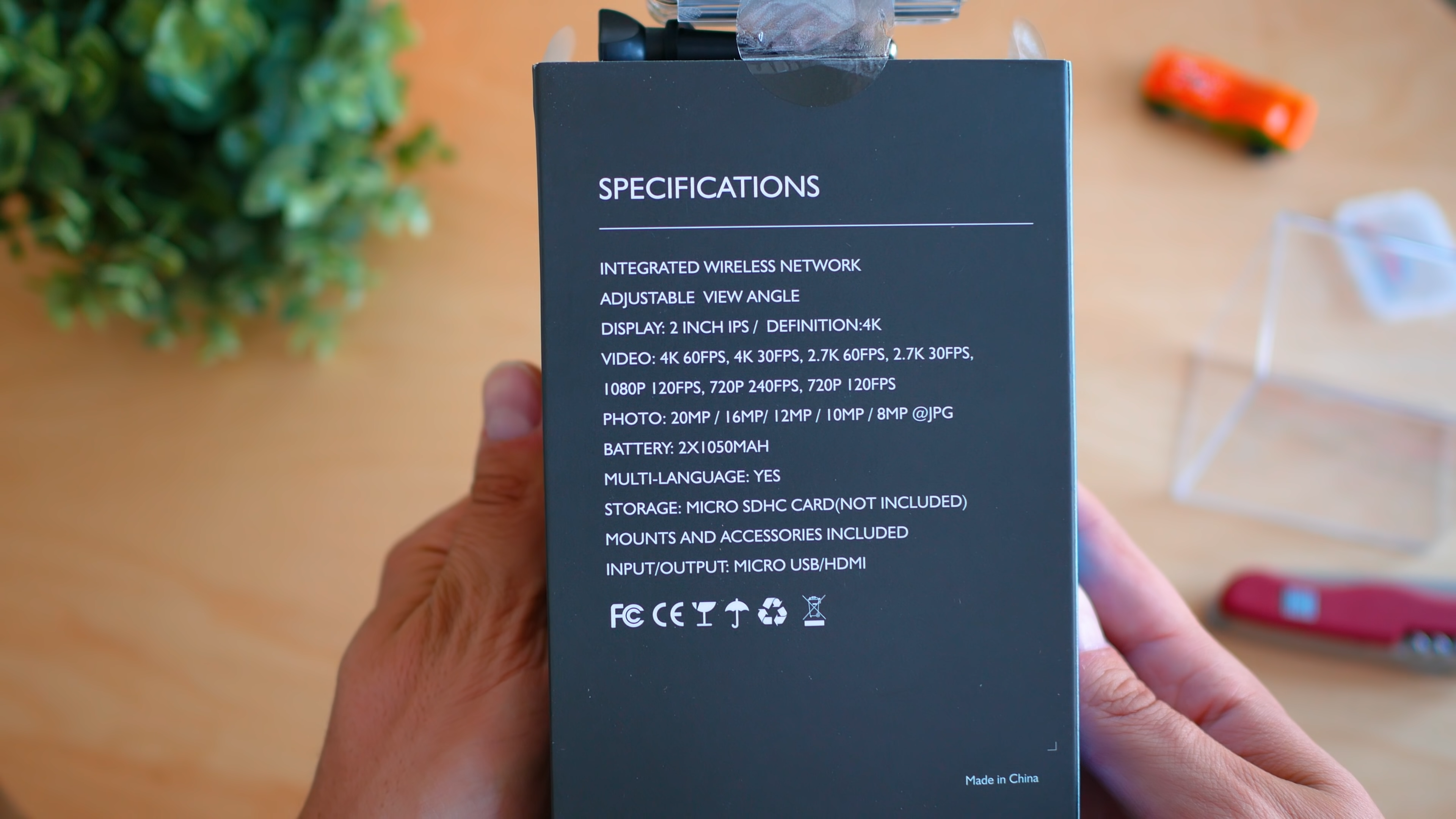 The elite has better Resolution support than the previous variants from the same family. To the already well-known combos, we add 120fps on full HD and 60fps on 4K. Both of which do not support image stabilization. Especially the 1080p option gives you an incredible possibility for getting cinematic-looking slow motion. Because the difference in the quality between 60fps and 120 fps is quite huge, adding some visual effects and colour grading is a good idea so that it masks the quality decrease. 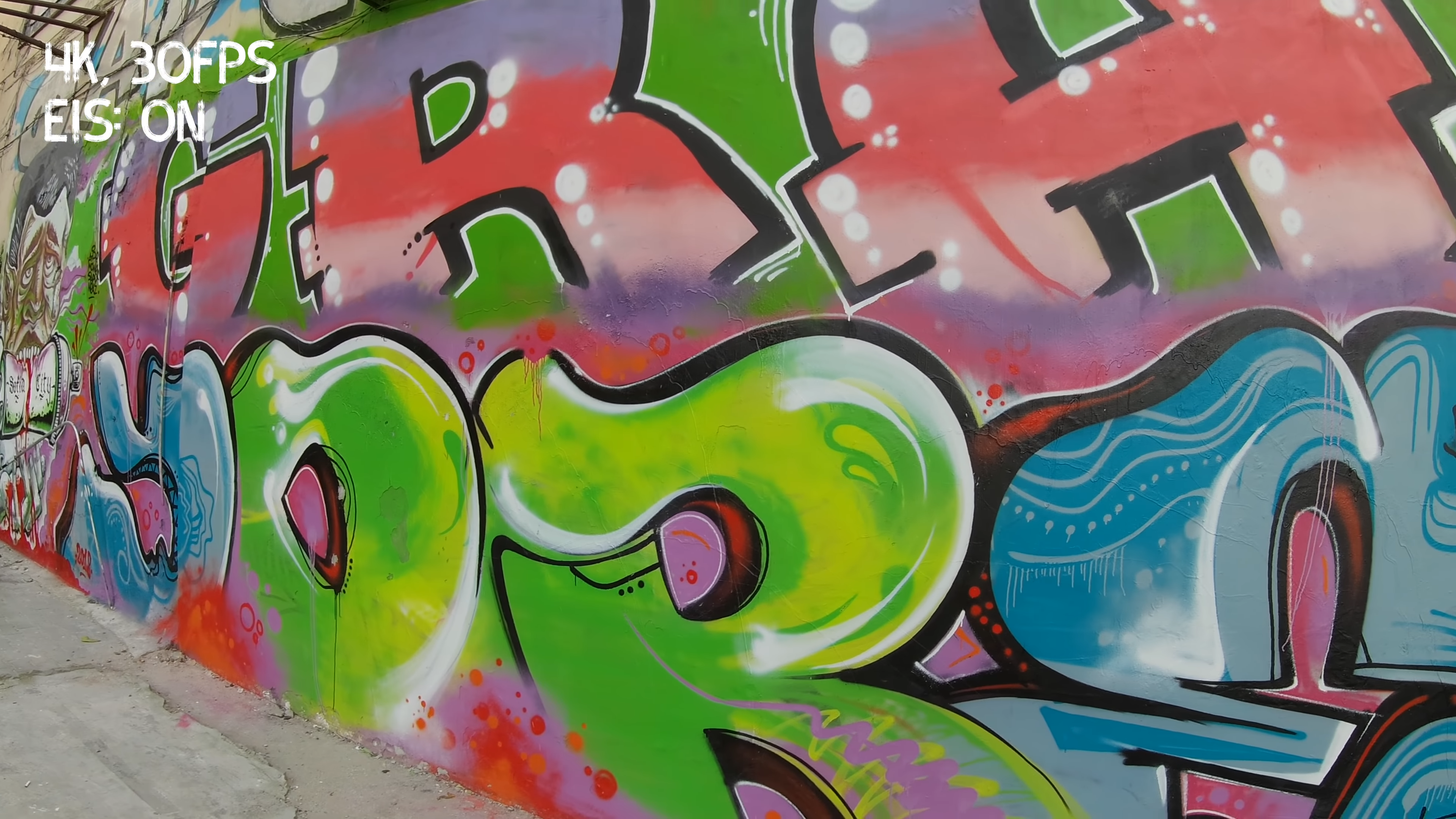 As for image quality and stabilization are considered, the elite is better than the v50 pro, but not even close to the capabilities of Hero 7. One of the most popular features of the latest hero series is the flat colour mode, which gives room for many post-production and colour adjustments, and there’s no such feature in Akaso.

The elite offers excellent and balanced colours and an incredible dynamic range. The elite is a perfect choice if you are not one of those who always need to edit the recordings.

The shooting modes are enough to satisfy even the picky users. Besides the slow motion, the elite enables you to record your videos at increased speed with the time-lapse feature with increments between 1 and 60 seconds. The device is also integrated with some picture control options.

Sensor resolution can support 20 megapixels’ photos, and this arrives with some interpolation. They look good, as long as you give about 30 centimetres focus distance which is typical for most action cameras.  Action cameras have a fixed focus which is fine between around 1 foot or 30cm and infinity.

As for hardware is considered, there is an upgraded V50 chipset with higher frame rate support. 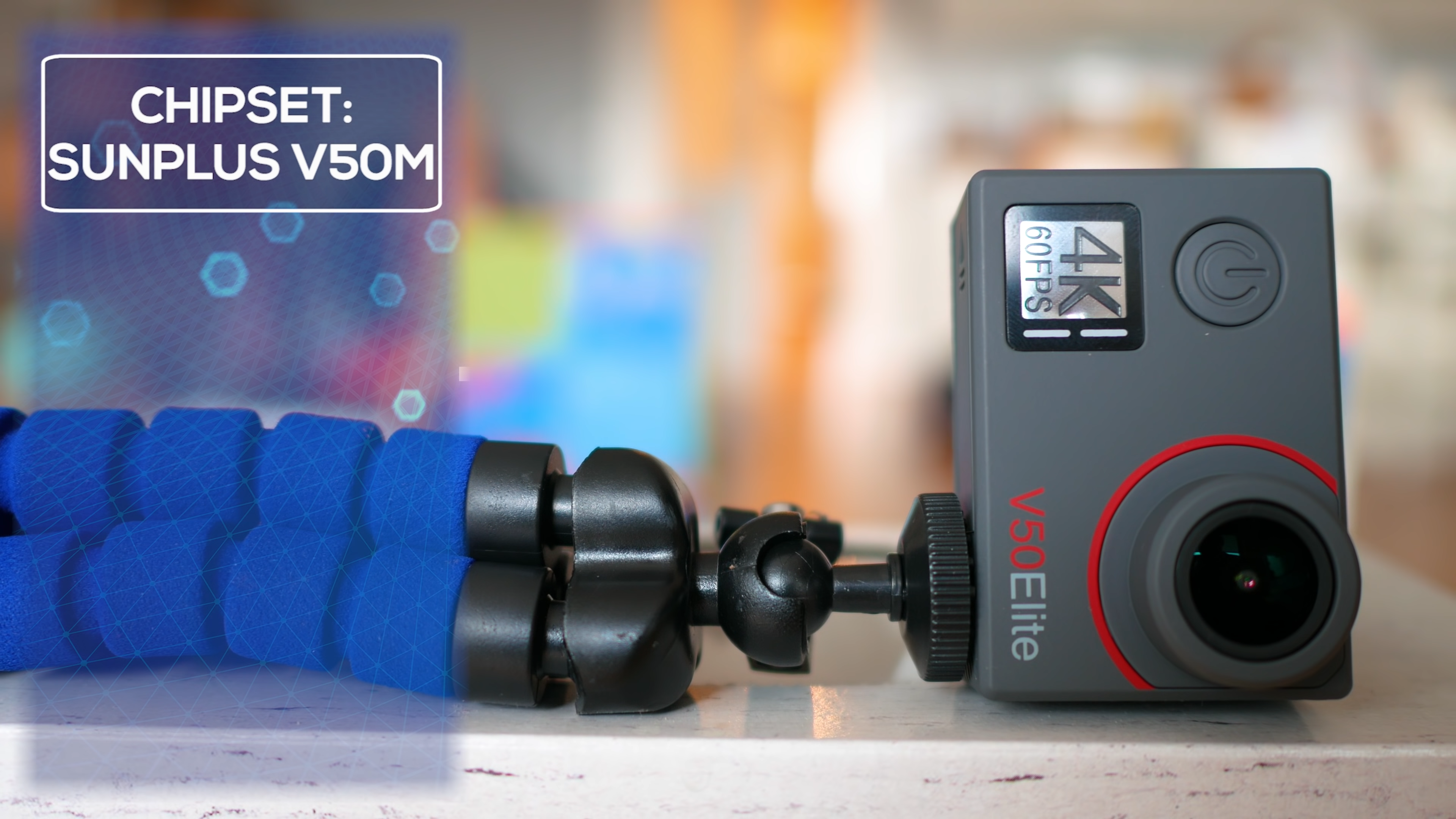 The hardware is not much different from the predecessors; there is still is the 2.0-inch mon-touchscreen, the 170-degree wide lens, the 1050 mAh battery.

Elite is also integrated with a Sony sensor – the 12MP IMX 078, a significant change from the previous variants. 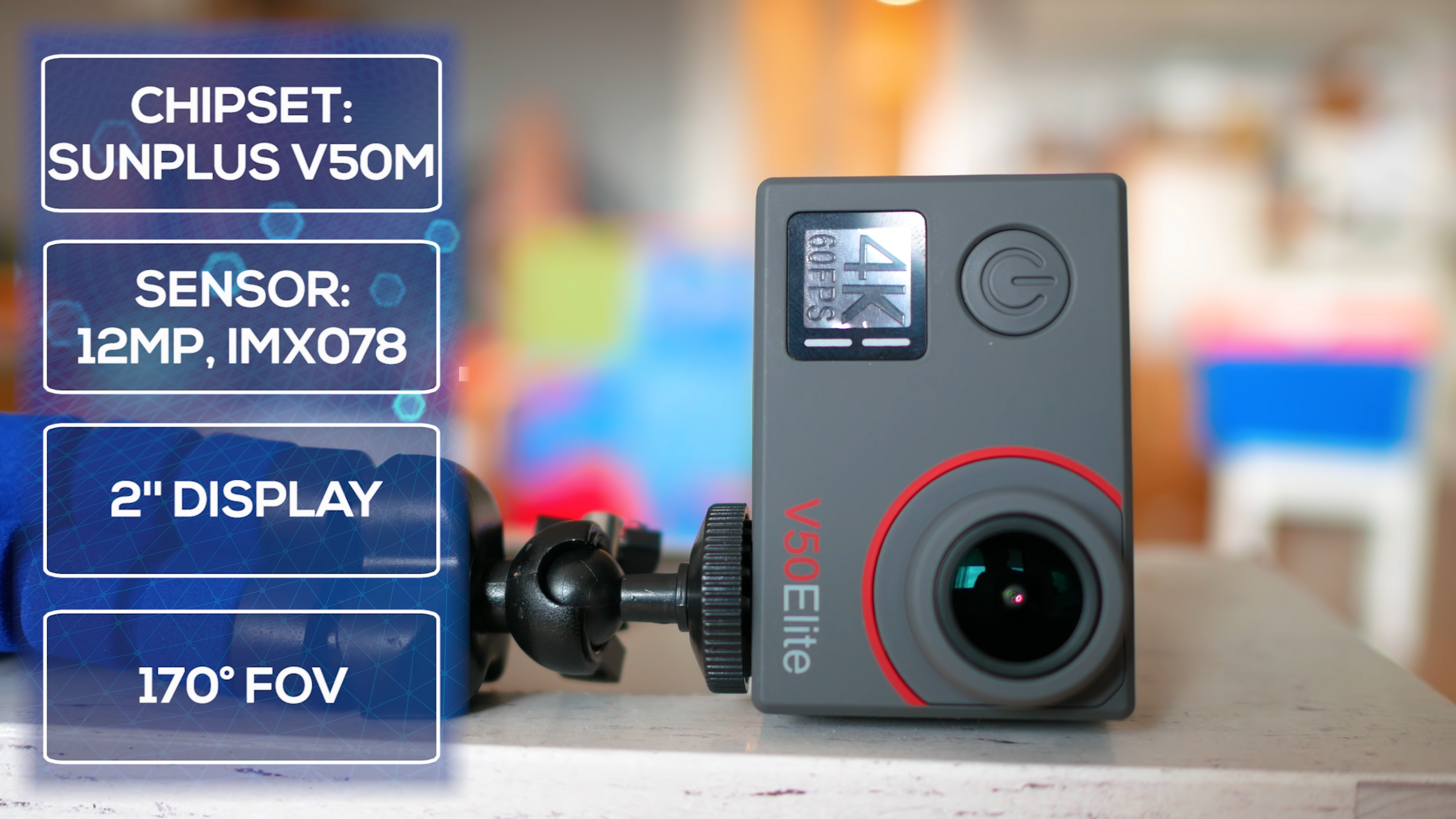 What we thought to see improved

The V50 elite is supposed to be a step up from the pro. Having no touch screen made me think that there will be many other new features that are nice to have.

As for the overall performance and features are considered, the elite is a good option under the small budget with easy navigation without being touch. You can reach every single feature within a few seconds.

However, few expectations have not been included in the device—for instance, the time warp feature – something like hyper-lapse with image stabilization. Night and low light footage could be a bit better.  There are much more details on the three times more expensive device.

Sure – not as many features, not as good image stabilization, but for everyday use and targeting the best balance between price and features – right now impossible to beat. 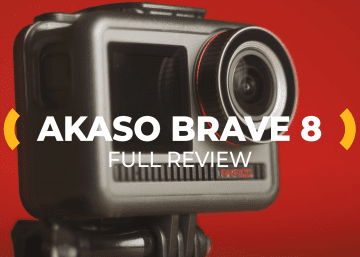 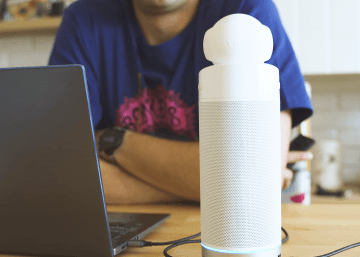 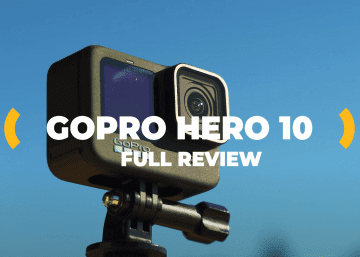