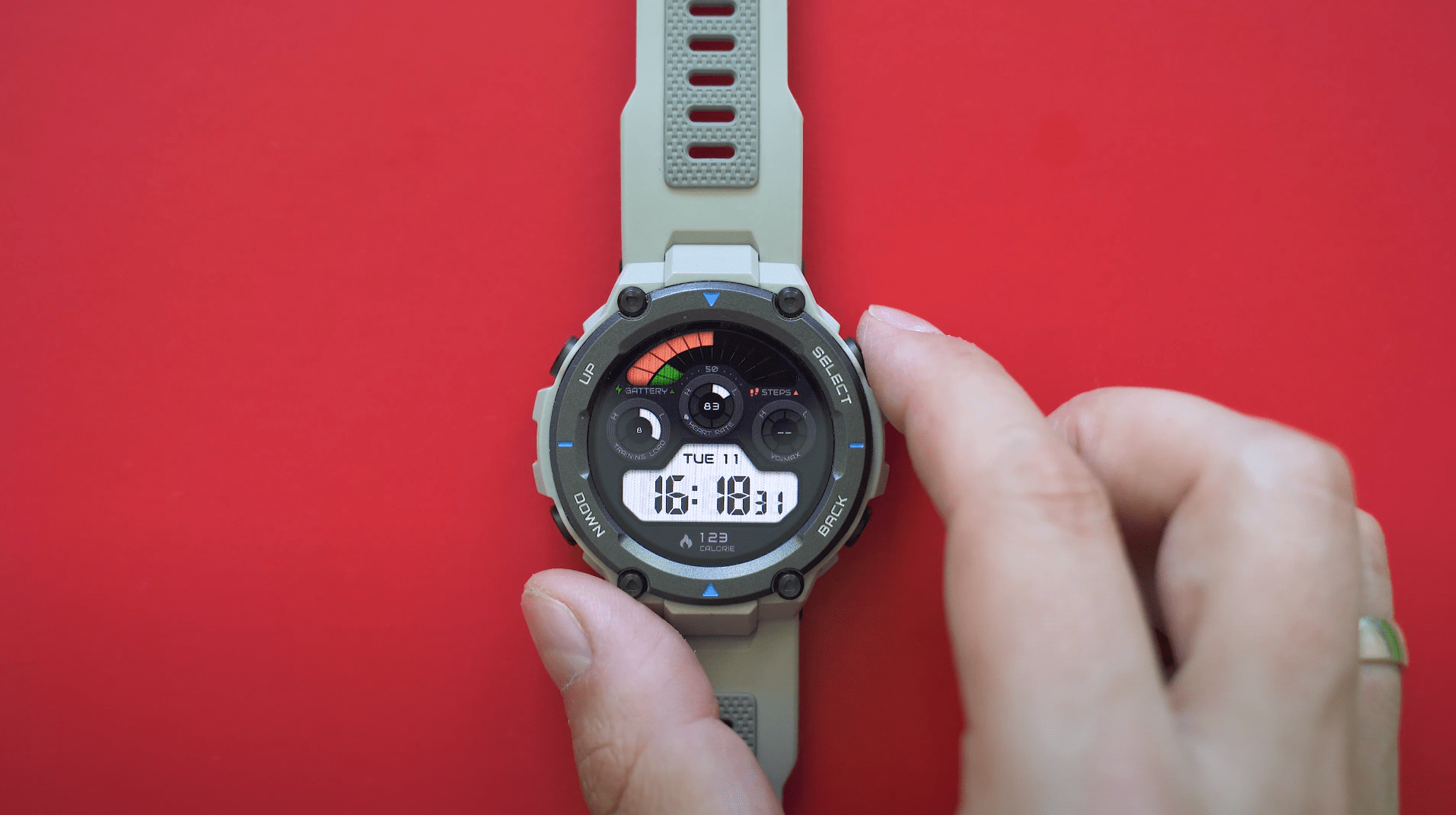 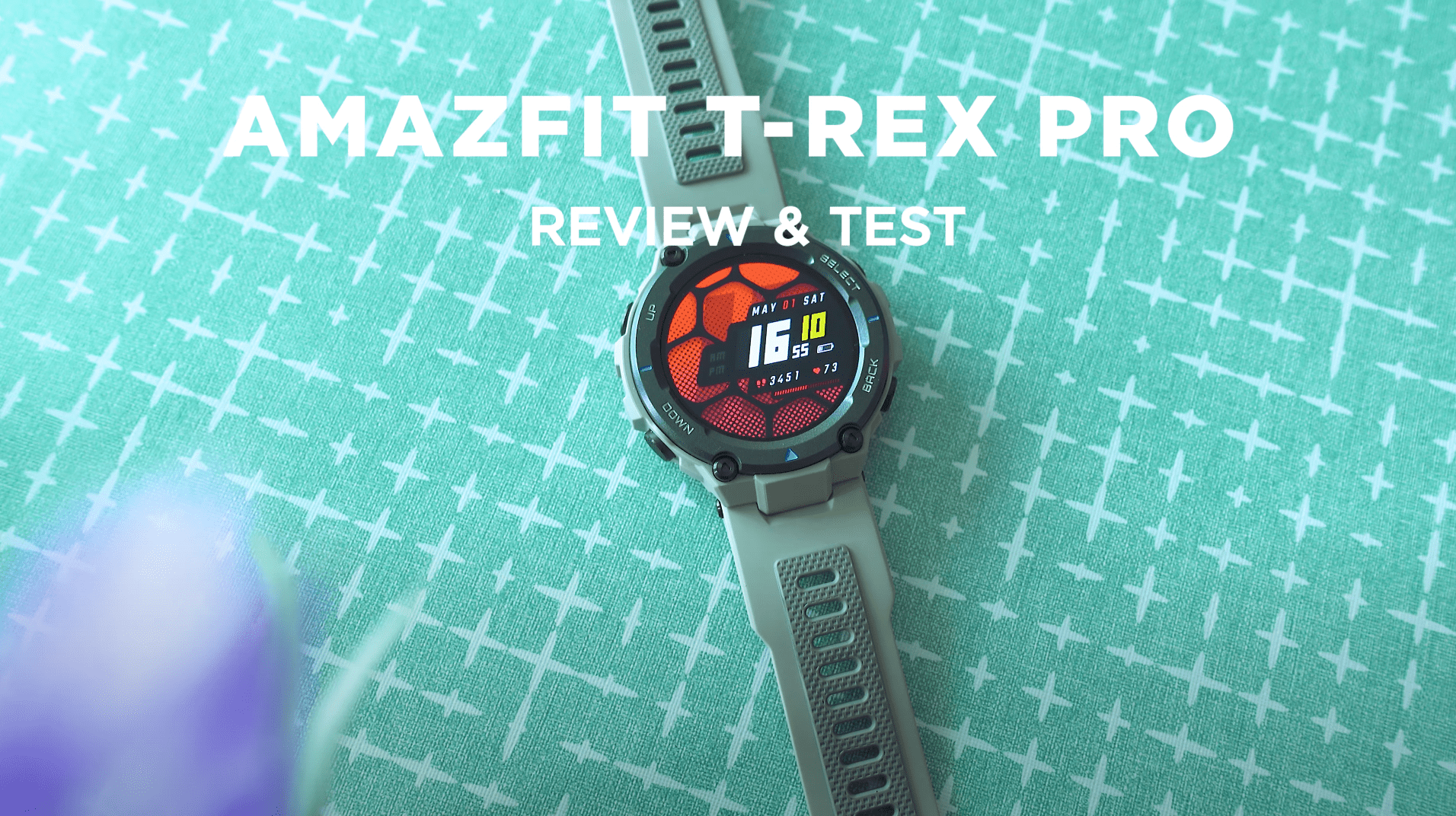 A fantastic looking sports and kind of smartwatch named after a dinosaur? The Amazfit T-rex Pro is the next version of Amazfit T-rex; with many new and improved features, the watch seems to be a great deal.

The pro version has all the features that were absent in the previous version.

So, let’s inspect this cool tech.

In a hurry, read this short overview stating the pros and cons of Amazfit T-Rex Pro.

The stunning T-rex pro cost only 179$. The sub-200$ device is competing against the Huawei’s, Honor smartwatches and MagicWatch series. It can also compete against mid-range Garmin and G-Shock devices due to its rugged appearance.

But the absence of proper wear OS is keeping the watch behind its competitors. 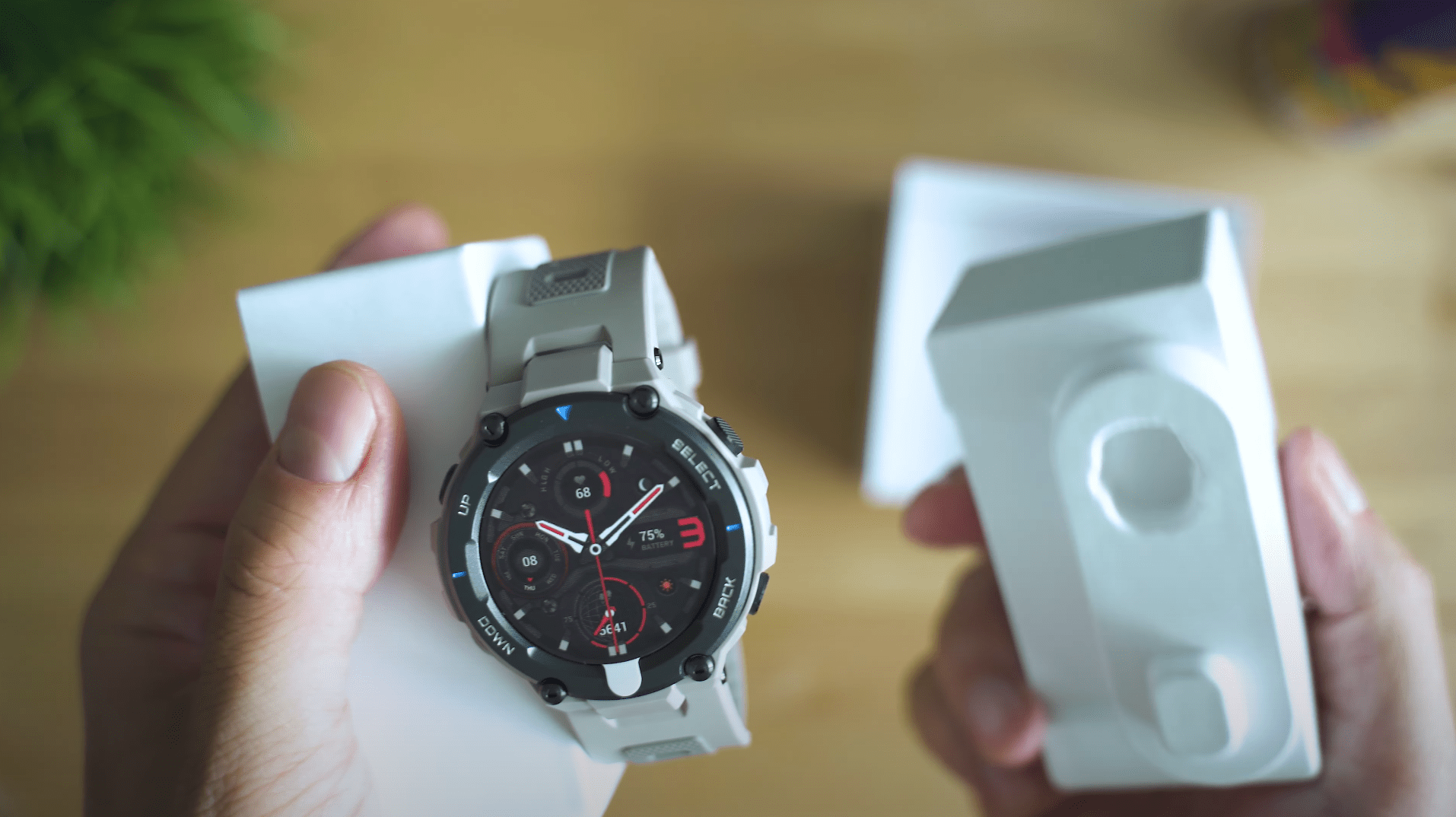 Opening an Amazfit device has always been a pleasure. There is a nice minimal box with key specs on the side, and inside the box, we have the T-Rex Pro. The box is quite interesting from the inside. We will separate these two sections to free the watch. One of the sections is holding the charging cables and user guide.

T-Rex is a beautiful and rugged watch. It’s available in three colours, the one I got is desert grey. It is a combination of grey and beige colour that perfectly blends with the beautiful spring colours. Moreover, it perfectly complements the rugged design of the watch.

Amazfit T-Rex is featuring an exceptional build quality. Most of the body is plastic but a reasonably strong one; the plastic is military grade. It has passed 15 military-grade tests, including heat resistance, cold resistance, salt spray resistance, shock resistance, etc. 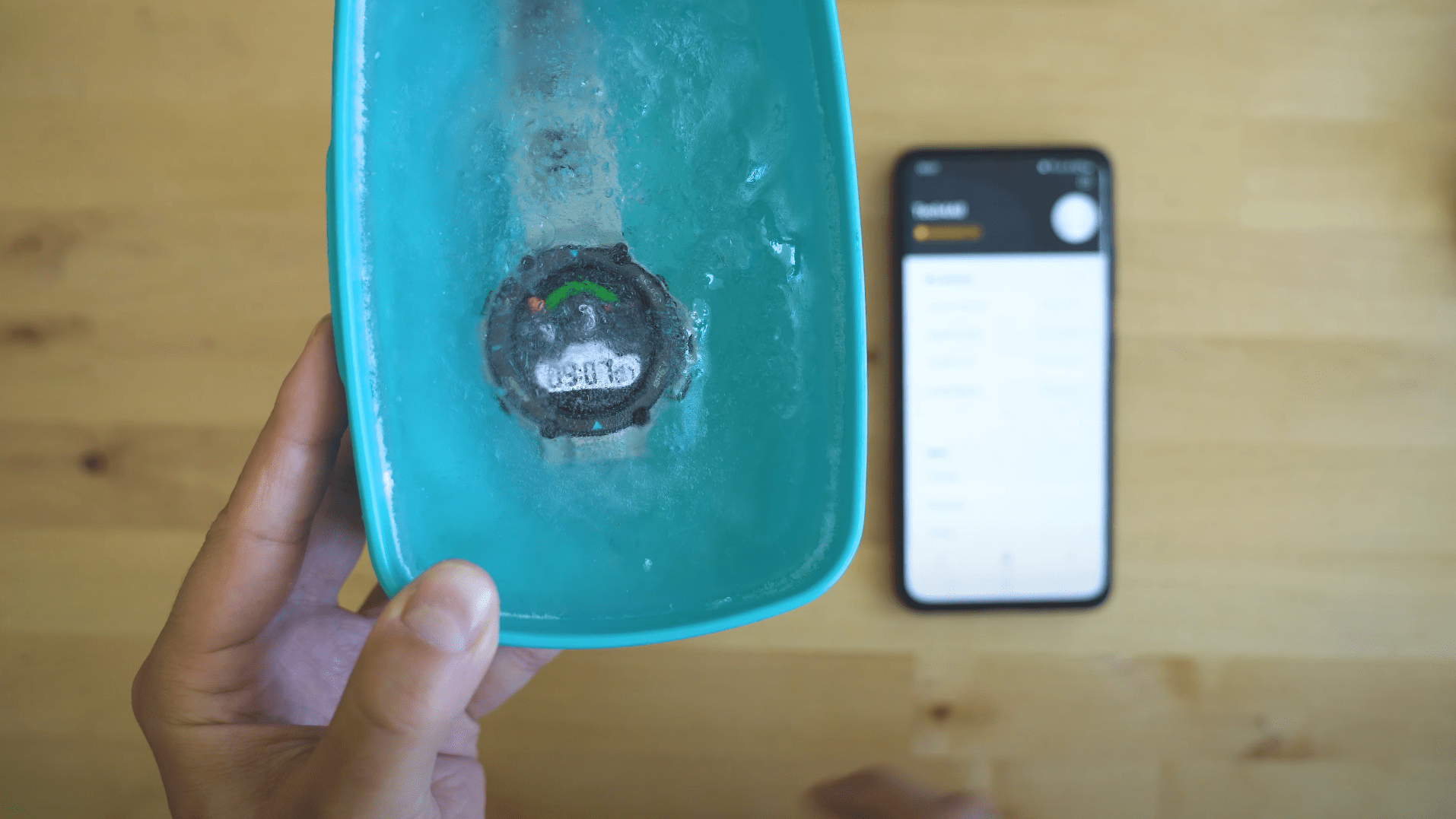 I’m a kind of guy that will test everything. So, I froze the watch for 12 hours straight. Surprisingly the watch survives, and despite low temperature, the battery consumption was only 4%. So, the test proves how good the watch and battery are.

Controls are elementary; there are four tactical metallic buttons on which the controls are mentioned. The left ones are Up and Down buttons, while the right ones are Select and Back buttons. The select button also launch sports modes. Moreover, you can also control the screen with your fingers.

The watch has an exceptional build quality, and usage is straightforward. 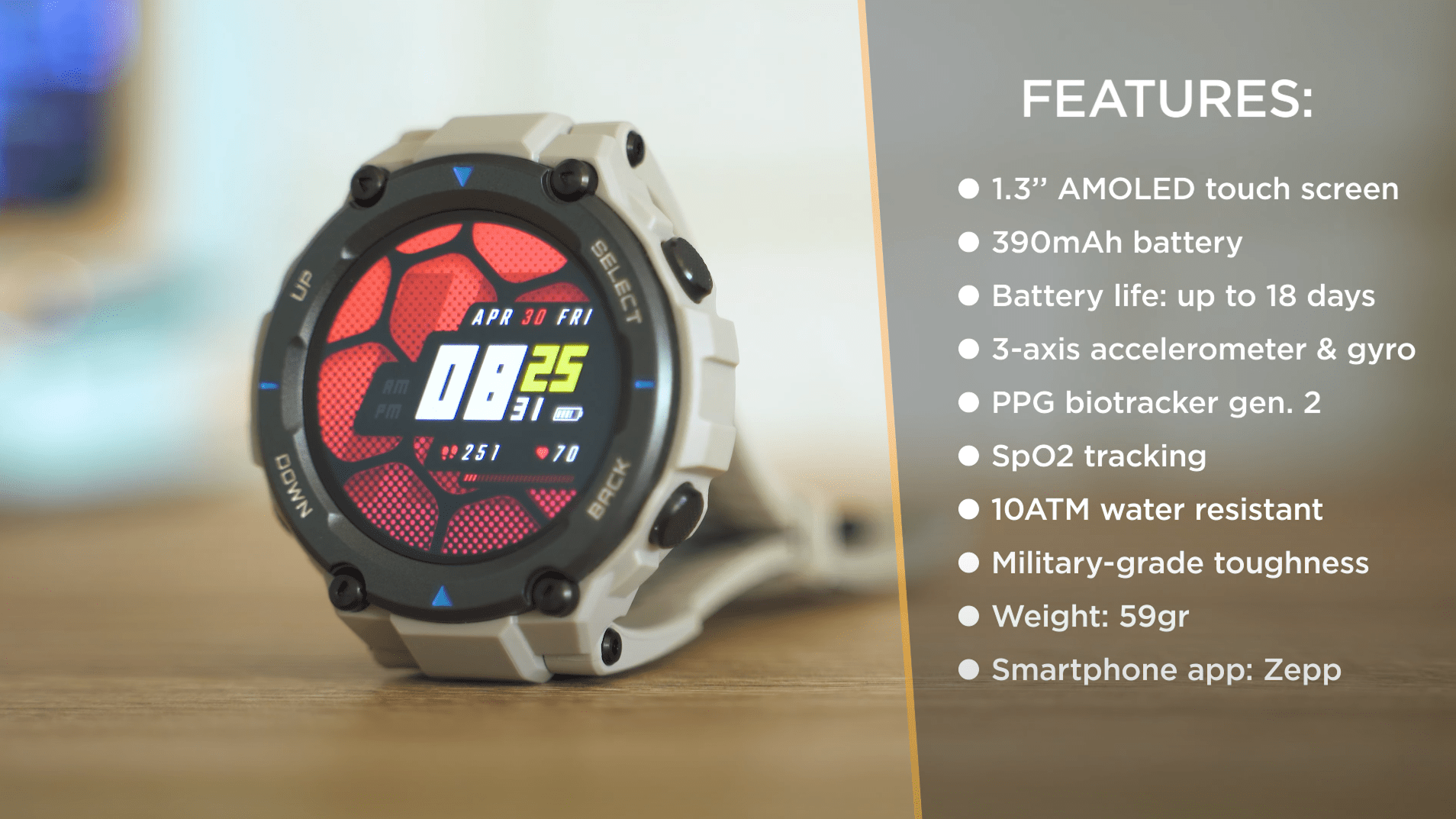 The rugged Amazfit T-rex Pro is a powerhouse. The watch has solid inside and out construction. The lightweight plastic watch can withstand 70 degrees of heat and -40 degrees of cold. Moreover, it has 96 hours of salt spray resistance. 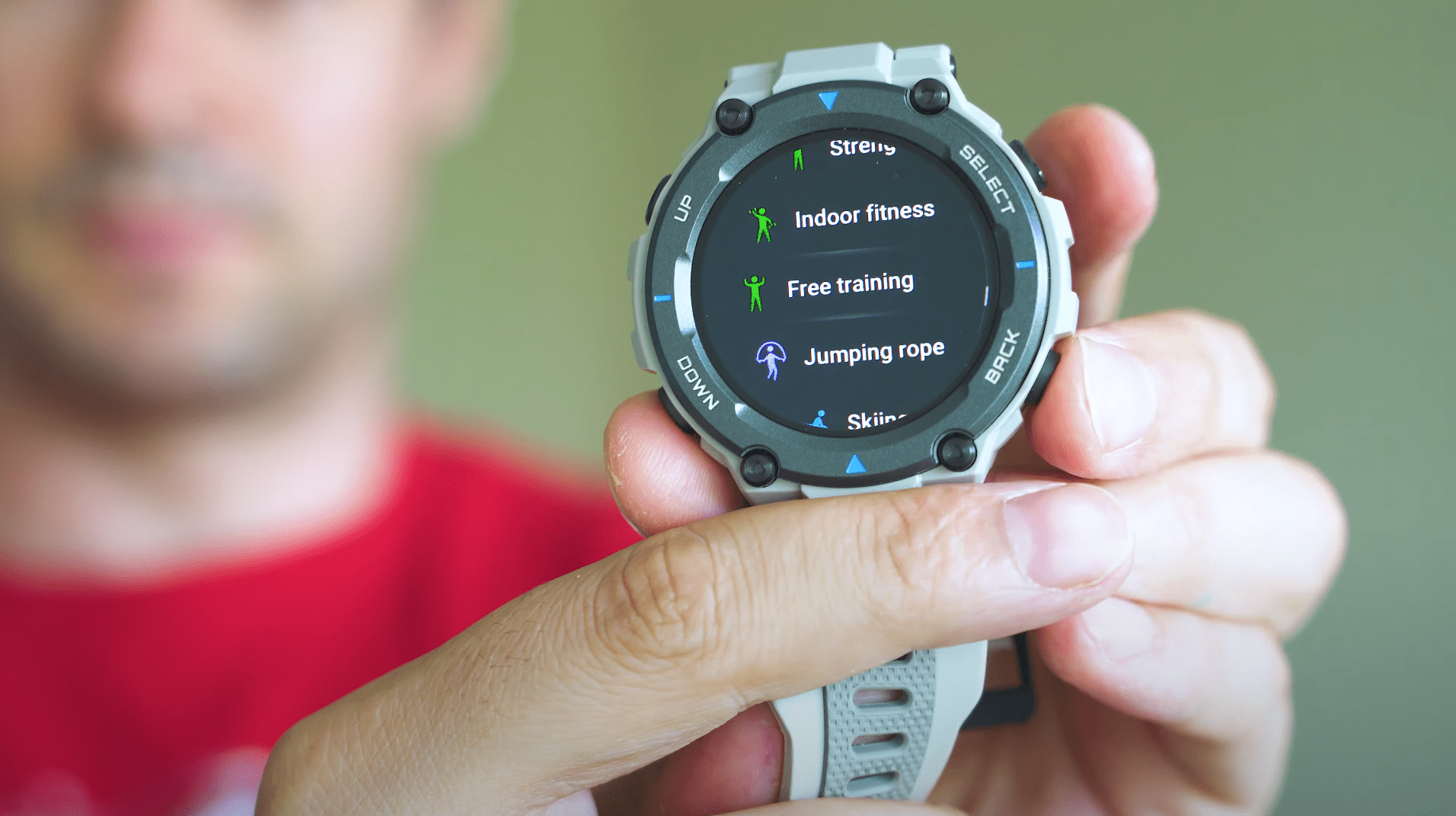 The watch is perfect for fitness tracking; it has 100 sport modes with GPS. This time the GPS implementation is different because we can see a combination of positioning options. The results are also far more accurate than the GTR series. In addition, it can measure critical data like distance travelled, speed, calories etc.

Sleep monitoring and PAI evaluation are great as well. The charts are detailed, and the watch also provides tips to improve your sleep routine.

Lastly, there are some smartwatch features like weather, notification alert, call reminders. They make the watch more practical for daily work and life.

Unfortunately, Amazfit cannot put a microphone and speaker as they are busy making the watch solid and weatherproof.

It’s hard to find a bad Amazfit device, So, the T-rex is also a good watch. T-Rex is not a great but a satisfactory performer.

Blood Oxygen Saturation: We get a reliable spO2 tracker in the Pro version. The functional sensor delivers accurate results.

GPS: This time, the GPS is remarkable, the path is obvious, and the stats are precise. GPS path is very accurate; we can see every sharp curve that we were unable to see on the GTR series.

Inside the watch, we have a 390mAh battery with a battery timing of 5-7 days with 24/7 HR Tracking, two sports modes, GPS, sleep monitoring, stress monitoring. The battery is better than the previous version and the GTR series.

Amazfit T-Rex takes 1.5 hours to charge up and uses Magnetic 2-pins to charge. 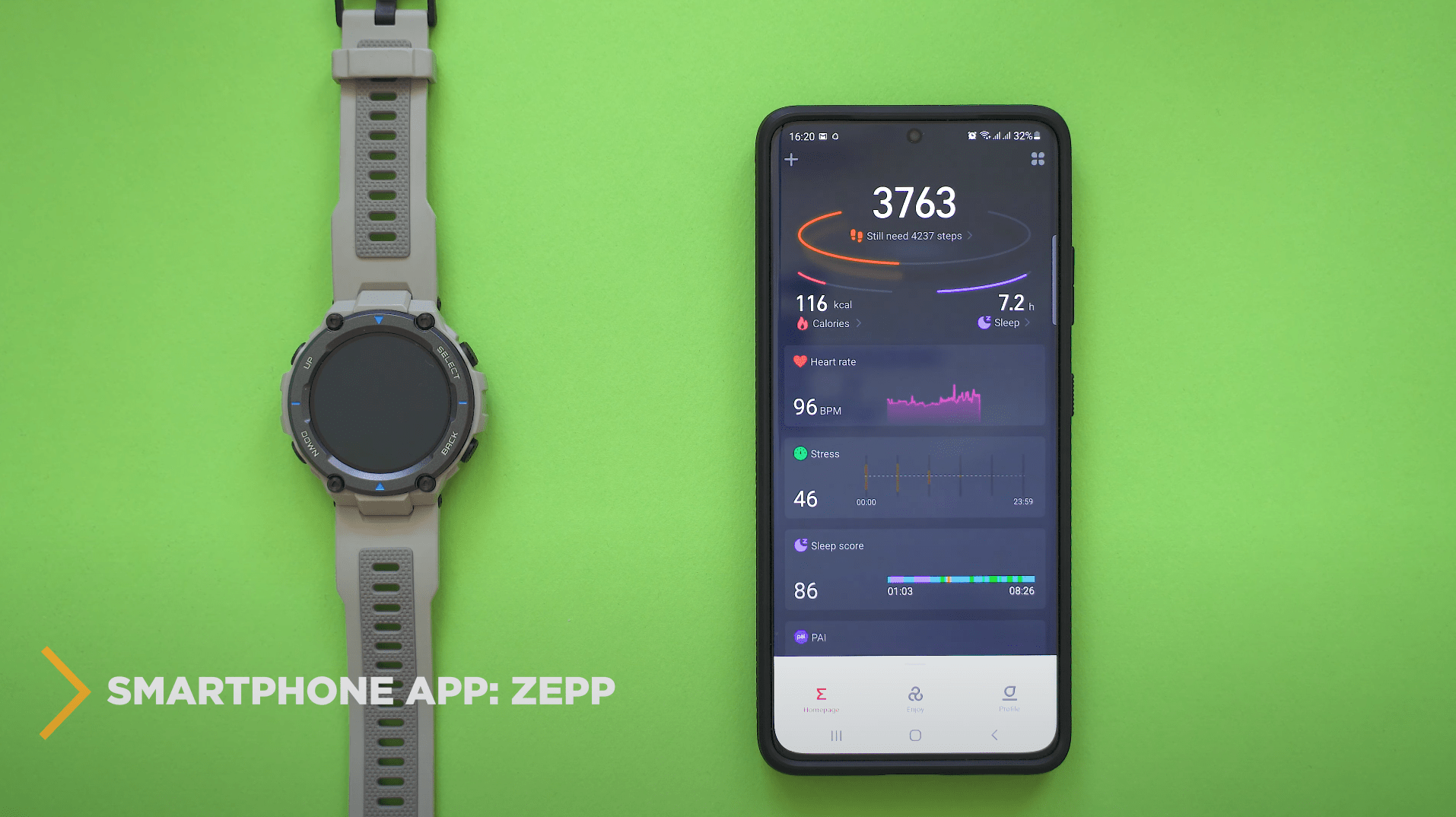 Zepp App is among the best smartwatch assistant app; it enhances the watch performance and displays accurate results. Moreover, all the charts are very detailed and help us to improve our physical abilities.

Here are the drawbacks of the Amazfit T-Rex.

So, I think this dinosaur of the smartwatches well deserves to be called T-Rex and is quite a Pro delivering consistent and reliable results. I can easily recommend it to anyone that looks for rigged design, great endurance and hard-to-beat battery life, with all these three making it up for the lack of some extra innovative features.

Here you can read about Amazfit GTR 2. 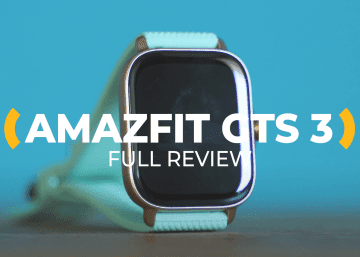 December 6, 2021January 19, 2022|BY Tech4All_Amazfit GTS 3 Smartwatch Review: All about the New Generation & Features 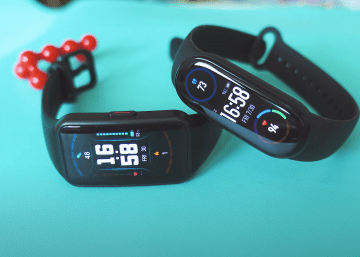 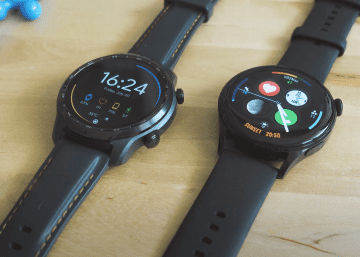