One of the many! But a one that certainly stands out!
For those of you that are well familiar with the latest action camera models, it is unevitable to not notice the similarities with Mgcool’s Explorer 3. In fact almost everything about it is the same, at least in terms of hardware.

The v50 pro is way beyond what you’d expect for a 120USD actioncam. Look at the package first – feels like you’ve just spent a few times more for a Gopro Hero like product. And unlike Gopro Hero series, there are bunch of accessories that will come handy. I’d classify the unboxing experience as top notch, and only (some) Thieye’s and Eken’s cameras were offering such a stylish package with that many accessories.
Besides the waterproof case, there also are tons of mounts, frame, a second battery and even a remote to be used as a wristwatch. With all that you can position the camera in all kind of crazy angles and mount it to countless objects. At the end – this is what action cameras are about!

Before jumping to more samples – the hardware. 14MP Panasonic image sensor, equipped with Sunplus iCatch v50 chipset means that you will enjoy a good looking footage and the 4K resolution is real. This is a true 4k camera! Two buttons on the top – and they can be used for navigation, alongside with the touch screen. The touch functionality is good, but I do love the fact there is a way to navigate the menus via buttons – this can be precious if you are filming underwater.
The battery’s capacity is 1100 mah, enough for around an hour of recordings.

To summarize my experience – I’ve had some issues with MGcool’s Explorer 3, and was expecting it would be similar with the v50 Pro. Quite the opposite – it all worked flawlessly and if I wanted to enable or adjust something, I was able to do it in a few seconds. The menu is grouped in a few sections. The video settings are letting you to switch between resolutions, shooting modes and codes. And yes – h265/HEVC is supported and you may use it to keep the high quality but use smaller amount of space. H264 is also there and I used that one most of the time.
Image stabilization works at all the resolutions. The highest fps you will get on 720p – going up to 120 frames per second, but if your goal is to get crisp footage with high level of detail – this would be mostly useless. Next option is FullHD at 60fps which is fine. I liked the way 2K and 4K look too. Both are recorded at 30 fps. The biggest advantage of the higher resolutions is the possibility to have image stabilization. It is nothing like Gopro Hero 6 or Sjcam SJ8 pro stabilization, but for light shakes does a fairly good job and is significantly better compared to footage taken without it.
There are a few time lapse options and a way to film fast video.

The photo section is very functional too – options to switch resolutions and adjust white balance and explosure.
The smartphone app is quite poor – it does seem to have the needed functions, but is often unstable, and usually crashes at the end of each recording. Therefore the rating of 1.9 in Google Play store at the time of filming this review sounds sort of fair.
The MGcool explorer 3 app is essentially the same, however it has the same crashing sympthoms. Luckily this is not a dealbreaker, nor a too important performance pillar.
In the settings menu there is control of the angle. There’s choice between super wide – 170 degrees, and then – wide, medium and narrow. The superwide had too many distortions at the edges, so I mostly used the wide and medium. If you shoot at narrow angle, people will barely notice the footage comes from a wide angle lens as there are almost no distortions notable. Speaking of distortions – there is a correction function, however it cannot be combined with image stabilization at the same time. So you either have more stable footage, or bent edges.
You can see that the footage has awesome quality. The 62 megabits have very good color reproduction. I have a few remarks about darker areas and shadows – sometimes the image feels too contrasty, and that is quite easy to improve in post production.
All the modes tested showed good results for such a budget action camera.
Oh, and last but not least – the microphone is good too! 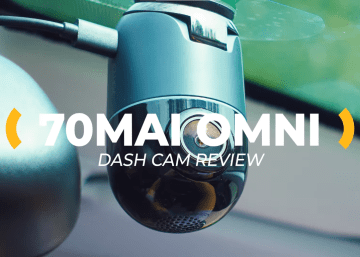 Considering the appearance of the 70mai Omni 360° claim might feel weird. But it has... 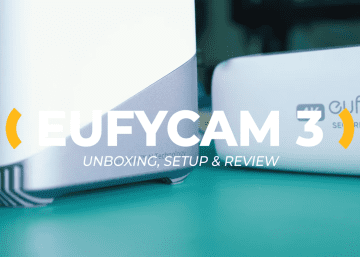 Security cameras are pretty much a necessity nowadays. With demand, the competition is increasing rapidly.... 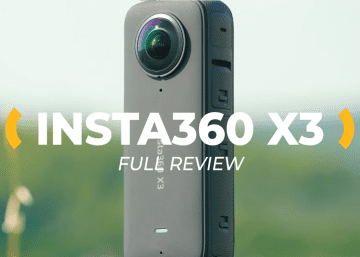 Insta360 X3 Review: The Most Universal 360° Action Camera Ever? Action cameras have taken the...