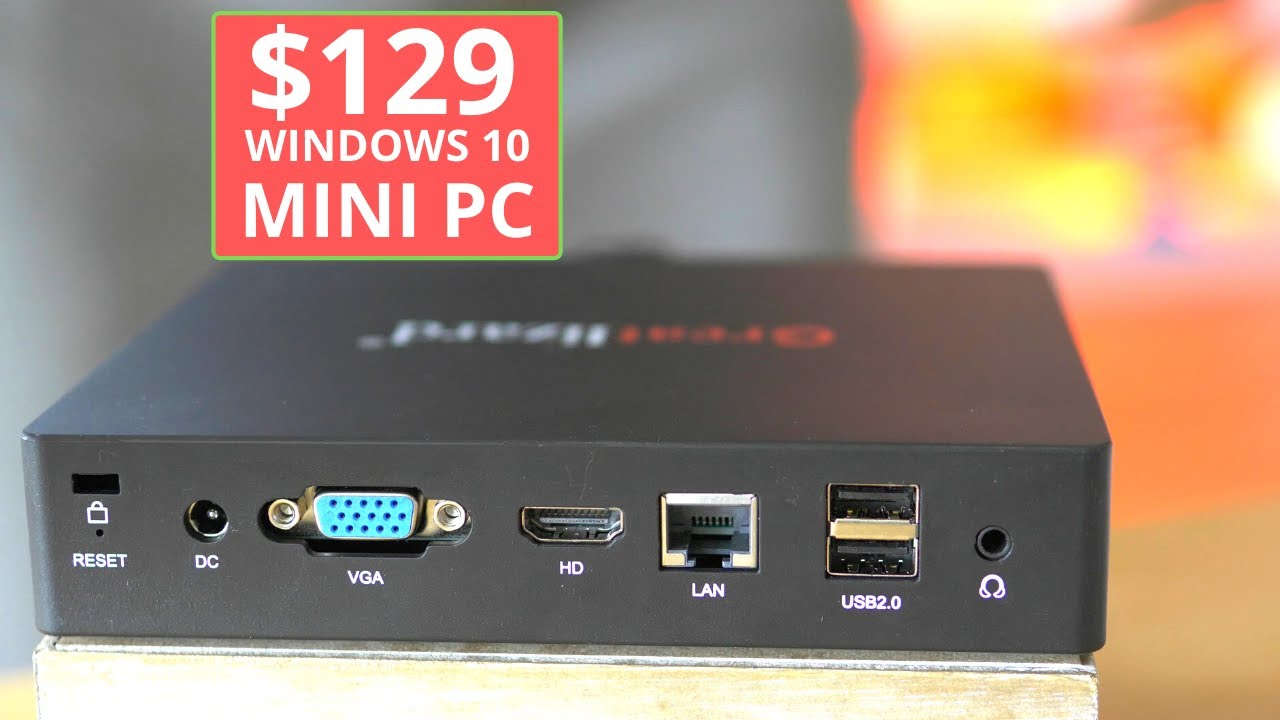 Being portable and compact nowadays is more important than ever. Here’s a great solution for the office, or home multimedia, or a business station that doesn’t need the top-end grade of hardware. Packed within ONLY $129 on Amazon – it is right now the most affordable of its kind. And has fully working Windows 10 OS. We’re inspecting the first Intel-based thin client by Greatlizard – called the AL1.

Today I will bring you into the world of MiniPCs, and we will get to know more about this fully working Personal Computer which comes with a licensed Windows for only $129. And that includes the hardware too!

The price used to be close to $200, but the recent challenges that intel is facing thanks to the remarkable AMD performance, and the holiday season seem to have impacted the value of these in a very positive way.

Indeed – the price is shockingly low, and there are plenty of good reasons to consider buying one of these little buddies. The only part which will be tough to estimate – is the hardware endurance in the long-term, but my assumption is that it will serve you for a long time, based on experience with Android TV boxes; I have a cheap $60 device running 24/7 for the last three years.

Now – since this is more or less a personal computer, we will compare it mostly with the more powerful Home PCs; and it certainly is way above Android TV boxes in terms of performance and ability to handle multitasking.

It is a fully working Windows 10 Home Edition-based station, and perhaps the most significant difference to most computers – is the size and the really optimized power consumption. And what you sacrifice is, of course, the upgradeability.

The model is called AL1, and you may find it branded with different names – and the only thing which is different is the stamp and name printed on the access panel – everything on the inside should be the same.

In terms of size – not too much bigger than the mi box S, and is about twice thicker. Only three additional accessories:

The VESA mount allows you to attach it on the back of a TV or monitor, and discreetly hide it behind. No need to mention how great that is for organizing the cables. Of course – it may be standalone or hanged.

Let’s take a closer look at the visible part – lots of ports – they are almost as many as on a regular-sized computer:

The LAN port is gigabit. On the front – USB 3.0, even a Type-C port. Reader for microSD, and of course the power button. I don’t think you will ever run out of ports, even if you keep it busy with many USB peripherals.
More interesting is the hardware on the inside.

There is no active cooling, therefore make sure to leave some room around the tv-box for proper heat disposal. I never got overheating during testing, but with adding an SSD or extra HDD it might get warmer.

I know that everybody will ask about performance: the CPU can be compared to some of the older Pentium processors; and is very far away from the way a Core i7 or i5, even an i3 performs. But for basic browsing, creating presentations or Excel spreadsheets and so on – is quite an adequate solution.

Note that a licensed Windows 10 Home edition on its own costs more than this Mini PC, but most Chinese manufacturers use the little trick of applying a volume OEM license, which is recognized by Microsoft as a valid key and you can get all the updates and enhancements which are released. And some websites resell this kind of license for around 15 bucks. So in a way – your operating system is legit.

The performance when opening most of the apps is good, and if you get rid of most of the aero and fancy animations – it may get even better. If you make Windows 10 look like Windows 98 – things will move drastically quicker;

The TVbox allows working on two monitors: one connected with HDMI, another – with VGA; you can work in 4K resolution, but that would be very challenging for the hardware in some moments. If you only play videos – then fine, because 4K 30FPS works really well; but 60FPS is not quite there, and this is what you will need for feeling comfortable in front of a monitor for daily computer tasks.

Therefore 1080P feels like a good choice and very optimal – and even though we are approaching 2020, the world is still mostly FULL HD oriented.

We can quickly take a look at the hardware devices list – and you can get to the exact model of each and every component. And, of course, I am showing some more details about the hardware. For example – now we know that the Wifi is dual-band, intel 3162, and there’s a Bluetooth module too.

The initial setup will take about 10 minutes – and that’s the usual amount of information and agreements that Microsoft is asking about when setting up the OS for the first time. And expect to receive the prompt for an update – you can skip it during the initial setup and come back to that step later on – and there will be plenty of updates I had to go through before the windows update service was happy enough.  There is a way to disable the updates – but it is not that easy for windows 10 after all.

Let’s take a web tour – websites are launching rather quickly. The Edge browser is fine, but most people now use Google Chrome – and perhaps browsing with it will feel better.

Youtube playback is smooth – and so should be it, because the processor supports h.265 and VP9 decoding at a hardware level – and you need the latter one for youtube playback.

Local files run very well too – the popular VLC player runs fine, so does the Pot Player, which I tend to use more often lately. The advantage of using Windows is the multitasking ability– it is so much better than Android. However, multimedia may not be so well integrated. But for most of the fans – there’s Kodi, and Kodi is multiplatform. And works perfectly well with Windows 10 Home edition.

Don’t expect too much from gaming, though. Yes, you can play games, and those that don’t need powerful graphics will run fine; Older games certainly work fine – and … it brought me back to my school years trying Serious Sam. Games were more about fun back then! More current titles are going to run in pretty low graphics modes, but playing is possible; It is unrealistic to expect a gaming station for that money.

The OS ran smoothly, I was able to install plenty of different software, and there were no glitches or problems. Because there’s no Google dependency – no restrictions around Widevine licensing. Meaning that your favorite streaming services will run with good quality.

The obvious drawbacks of having such a mini PC is the lack of upgradeability – you can only add storage and USB-devices, and nothing more. But – it is very thin, can be easily mounted behind the monitor and is very power-efficient. And performance is well acceptable for browsing, watching videos, listening to music and working with office apps. If you ask me – for that price it is a steal! Worth getting even for a backup computer!

It’s hard to believe that such a tiny box packs that much! Let me know what your thoughts about it are, and catch up with your comments or questions in the section below the video.

Other good international online shops (please use these links and support the website at NO cost for you): 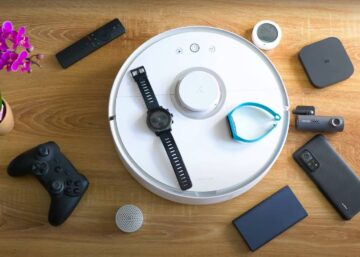 In the constant stream of new technology, we tend to overlook the products that have...